Local Bird Guide: Jose was born and raised in the western Andes of Colombia, and has been birding since he was 16. He has shined amongst his colleagues for his proficiency in English and his ability to find birds. He enjoys birding and studying birds on his free time, is an avid e-birder, and has worked as a field biologist in numerous thesis projects and expeditions in the Colombia Andes and Choco Bioregion. 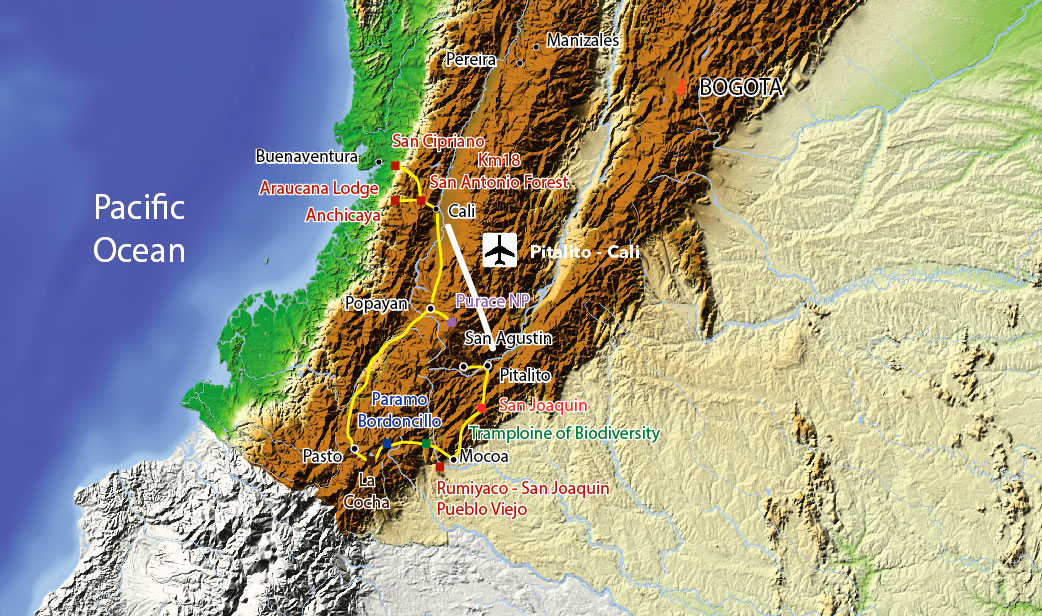 • Bird the trampoline of diversity road for 2 days, enjoying an elevation gradient of 1,800 m (6,000 ft).
• See Andean Condors up close in the paramo of Purace National Park.
• Bird the Anchicaya Watershed, an area that inspired the first Bird ID guide for South America.
• Enjoy the feeders at KM 18, where more than 22 species of hummingbirds have been recorded.
• Visit an active Andean Cock-of-the-rock Lek that is only a 20-minute hike.
• Take an exhilarating rail ride in the Pacific Lowlands where you will bird close to sea level in search of lowland species.
• Visit the surreal Paramo Ecosystem where you will bird above 3,500 meters in search of the rare Chestnut-bellied Cotinga and Masked Mountain-tanager.

About this tour:  Colombia is the birdiest country on earth, with more than 1,950 species (almost 20% of the world’s total in less than 1 percent of the world’s landmass). It is easy to see why. Colombia is tropical, yet it also has ample elevation changes due to the Andes, furthermore, it has both the Pacific and, Caribbean coasts. Lots of different habitats ensure an abundance of bird species.

This tour celebrates the signing of the peace agreement with an itinerary that focuses on sites that were once FARC strongholds and have since become eco-tourism destinations for birders from all over the world. This is important, as the locals that once lived in a war zone are now benefiting from tourism and in turn, are becoming stewards of the natural ecosystem that attracts birders to the country.

From: $5800 USD per person, double occupancy, not including international airfare. Single Supplement $650. Airfare approximately $900 from the USA, or $1400 from London, depending on origin (quoted August 2019).

Group Size: Maximum 12 participants, not including leaders. The minimum group size is 5 participants.

About Diego Calderón: Diego was kidnapped by the FARC in 2004 while con- ducting bird research in the remote Perija mountains, and spent 88 days in captivity before he was freed. His captors had mistaken him for a spy or intelligence officer due to his binoculars, camera, and note-taking material. Fifteen years later, Diego was part of an expedition with ex-FARC combatants to conduct biological surveys in ex- FARC strongholds, yielding 14 new species for science (10 plants, 1 mammal, 1 reptile and 2 beetles). Diego’s presen- tations are teachings in reconciliation and forgiving, and are a testament to the many benefits of the peace agree- ment in Colombia, including benefits to many scientific fields and conservation. 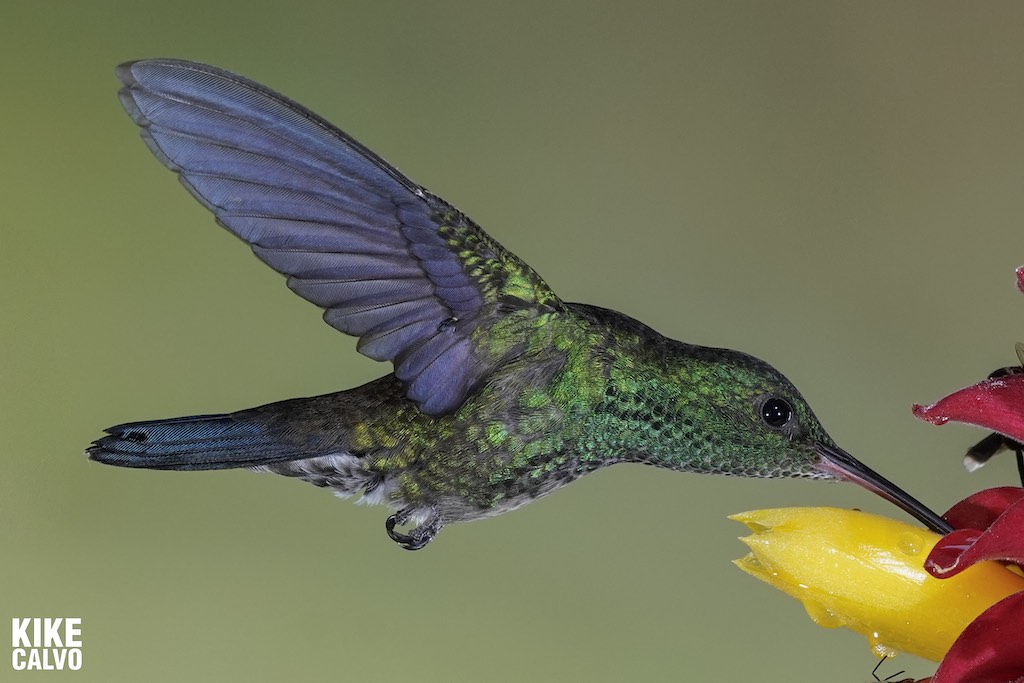 About Carl Safina: Carl is best known for lyrical non-fiction writing about nature and conservation. His work explores how humans are changing the living world, and what the changes mean for non-human beings and for us all. His work fuses scientific understanding, emo- tional connection, and a moral call to action. His writing has won a MacArthur “genius” prize; Pew and Guggenheim Fellowships; book awards from Lannan, Orion, and the National Academies; and the John Burroughs, James Beard, and George Rabb medals. He earned a Ph.D. in ecology from Rutgers studying seabirds, then spent a decade working to ban high-seas drift nets and to overhaul U.S. fishing policy. He has written extensively about terns and albatrosses, held a master falconry license, and worked for The Peregrine Fund. Safina is now the first Endowed Professor for Nature and Humanity at Stony Brook University and is the founding president of the not-for-profit Safina Center. He hosted the PBS series Saving the Ocean. His writ- ing appears in The New York Times, TIME, Audubon, Yale e360, and on the Web at National Geographic, Huffington Post, CNN.com, and elsewhere. His books include the classic, Song for the Blue Ocean. Carl’s most recent book—his seventh—is Beyond Words; What Animals Think and Feel. He lives on Long Island, New York with his wife Patricia and their dogs and feathered friends

Email us to colombiaphotoexpeditions@gmail.com to request a detailed itinerary or to be added to our mailing list.